How To Get Super Bowl Tickets?

Buying Super Bowl tickets can be extremely expensive and as such, very time consuming. One might spend hours upon hours researching the best ticket prices before actually pulling the trigger on a purchase.

How to enter the Super Bowl Ticket Lottery?

The NFL offers an annual lottery that is free to enter and offers you a chance to win a pair of Super Bowl tickets valued at between $700-$1200 each.

To enter the official NFL lottery you simply send your request for an official entry together with your full name and address by registered mail to the address below between February 1 and June 1 of the year preceding the game.

Instead, they are giving away 500 Super Bowl tickets, or 250 pairs of tickets, spread between all Fan of all 32 NFL Teams.

Do you know someone who works for the NFL?


If you have set your sights on attending the Super Bowl  it’s highly likely that you have considered purchasing your Super Bowl tickets directly from the NFL. However, your chances of doing so are extremely slim. The NFL distributes their tickets according to these percentages:

Pepsi Super Bowl Ticket Sweepstakes – Win a Super Bowl trip and get on the field!

P&G Bowl LIII Sweepstakes –  Get Super Bowl Tickets and a Vacation from P&G. 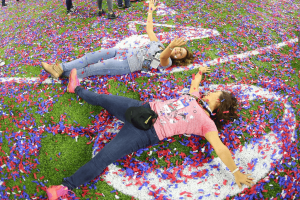 Sadly, your chances of winning this ticket lottery or a  ticket sweepstakes is very slim.

Sorry, but no. Our refund policy specifically states that purchases are final unless the event is called off.

Can a Super Bowl Ticket be replaced if lost or stolen?

There is only one of each type of ticket available; as such, they cannot be replaced in the unfortunate event they are lost or stolen. For this reason, we advise you to put your tickets in a safe place and to take care of them at all times.

Does Fan own Super Bowl tickets?

Fan Hospitality does not own ticket inventory or set ticket prices. Ticket prices are set by the owners of ticket(s) (“Seller”). As a result, the ticket prices listed may be substantially higher (or in some cases lower) than the original face value printed on the ticket.

What is the face value of a Super Bowl Ticket?

When is the Super Bowl this year?

The next Super Bowl game will be played on February 13, 2022, at SoFi Stadium in Los Angeles.

How to Buy Super Bowl Tickets?

The quickest and easiest method of getting your hands on some Super Bowl tickets is to buy a set of tickets by zone.

What is zone seating?

Ticket brokers get their tickets from several sources, including players, coaches, partners, & sponsors. Because the majority of these tickets are not received until one week before the game, section and row are not determined until that time.

Because of this unknown variable zone seating is the best way to get Cheap Super Bowl tickets.

The teams that will contend for the Super Bowl trophy are announced following the completion of the Divisional Playoff games. At this point, prices start to soar, so the earlier you secure your seat, the better.

Tickets are typically available for in-person collection from the Friday before the game, and we’ll keep our doors open until the very last ticket has been collected on Super Bowl Sunday.

Where is the Super Bowl Location?

Super Bowl LVI will mark the eighth time the Super Bowl has been hosted in the Greater Los Angeles Area, the last of which was Super Bowl XXVII in 1993, which was held at the Rose Bowl.

The 2022 Super Bowl will mark the first time in history the event has been held in the City of Inglewood.

Inglewood was originally set to host the Super Bowl LV in 2021 following a fierce bidding process between Tampa and Los Angeles. Los Angeles originally emerged winner in an NFL decision that was announced in May 2016,

However, the Ram’s later announced that the completion of its new stadium would be a year later than anticipated. Record-setting rain levels h during the excavation of the construction site in Inglewood led to significant issues that ultimately left the developers  behind schedule.

Five days after the announcement that the Inglewood stadium would be delayed, the NFL unanimously agreed that Tampa would replace Los Angeles as the 55th Super Bowl hosts.

The Move Back to Los Angeles

Los Angeles spent over twenty years without a football team. However, the 2016 announcement that the Rams would say goodbye to St. Louis to return to their previous hometown of Los Angeles came as welcome news to NFL fans in the city.

The Rams, who had left Los Angeles in 1994 following the news that the anticipated replacement stadium for the Anaheim Stadium would not be going ahead as planned, finally took matters into their own hands when Stan Kroenke announced that he would be spearheading a campaign to construct a new state-of-the-art stadium for the team in Inglewood, CA.

SoFi Stadium sits at the heart of a thriving NFL City development that includes a variety of entertainment and commercial venues including offices, a hotel, a performing arts venue, lake, casino, retail spaces, and recreation areas.

The staple of the stadium itself is the transparent glass roof that is designed to resemble a sail. The stadium incorporates a state-of-the-art video system named Oculus, an oval-shaped, video board that will hang from the stadium’s roof and occupy an area of approximately 50 feet by 120 yards.