2010 Super Bowl Ticket Prices: The Full Lowdown on What Tickets Sold For in 2010

The 2010 Super Bowl saw a slight return to the previous form in terms of resale ticket prices after the 2009 recession.

As had become customary prior to the 2009 recession, fans were out in their droves and bidding up the prices of tickets on the secondary market. Although 2010 was not to be a record-breaking year, some serious cash was splashed by die-hard fans who were not prepared to miss out on a chance to see the game in person.

According to 24/7 Wall Street, with an average resale price of $2,584.48, tickets for the 2010 Super Bowl were the 8th expensive in history. However, they were also the least expensive Super Bowl tickets on the secondary market over a five-year rolling period.

In advance of the game, as the Saints and Colts were gearing up for Super Bowl XLIV, online vendors were quoting prices of around $2,584.48 on average for a ticket, which represented a significant increase on the $900 average face value price.

The 74,059 tickets that were initially released for the 2010 game between the New Orleans Saints and the Indianapolis Colts had originally been distributed according to the following equation: 17.5% each to the competing teams, 5% to the team of the host city (Sun Life Stadium in Miami Gardens, Florida), 34.8% split between the remaining teams in the league, and the remaining 25.2% to members of the media, fans, and NFL sponsors. The 2010 ticket face values were $1,000, $900, $800, and $500 per ticket, representing a $100 increase in the average face value of the tickets on the previous year. 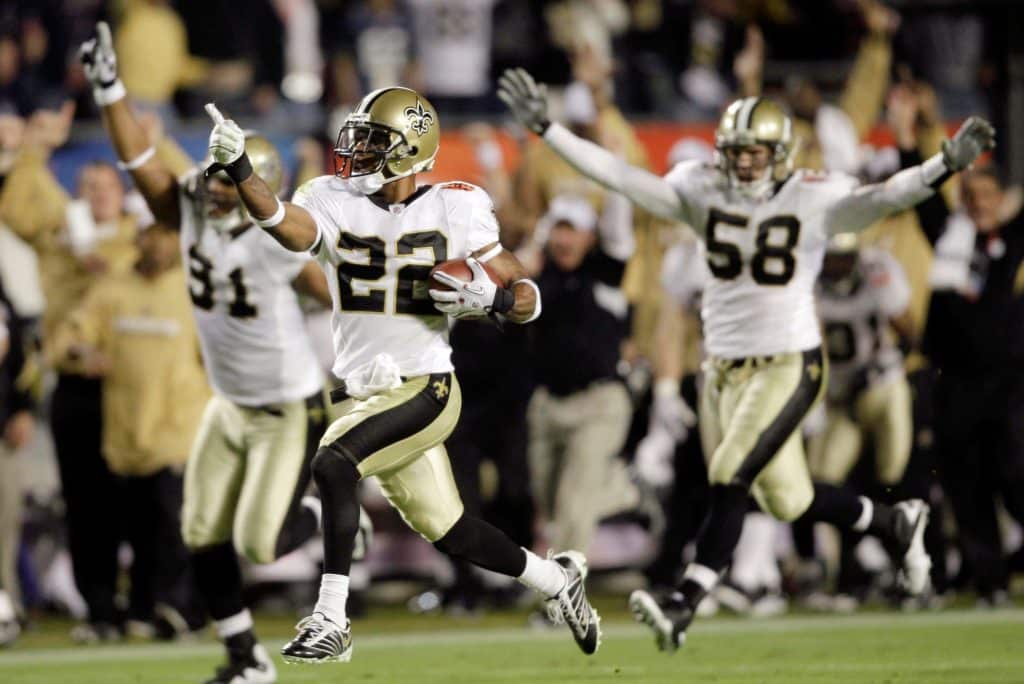