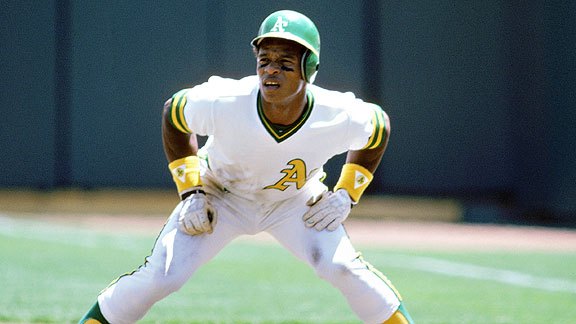 The Oakland A's just dedicated their field to Rickey Henderson, the mythical outfielder who broke records in stolen bases and lead-off home runs. And though the Hall of Famer has calmed down a bit since his prime, he's still the man known for singing his own praises and referring to himself in the third-person.